How to Break Out of the Box

Stop playing the same old licks.
In this comprehensive, college-level Master Class, you'll learn how to map out your fretboard and express yourself on the guitar in any key using the CAGED system.

Learn at your own pace. Most students take three weeks to complete this class.

Fluidly navigate your fretboard and express yourself on the guitar using a triadic approach to the CAGED system.

Lessons for every step of your guitar learning journey – from beginner to expert.

Join Dr. Molly Miller as she walks you through her proven method to break out of the box. If you find yourself always playing the same licks or feel uncomfortable soloing outside of familiar pentatonic boxes, this class is definitely for you. 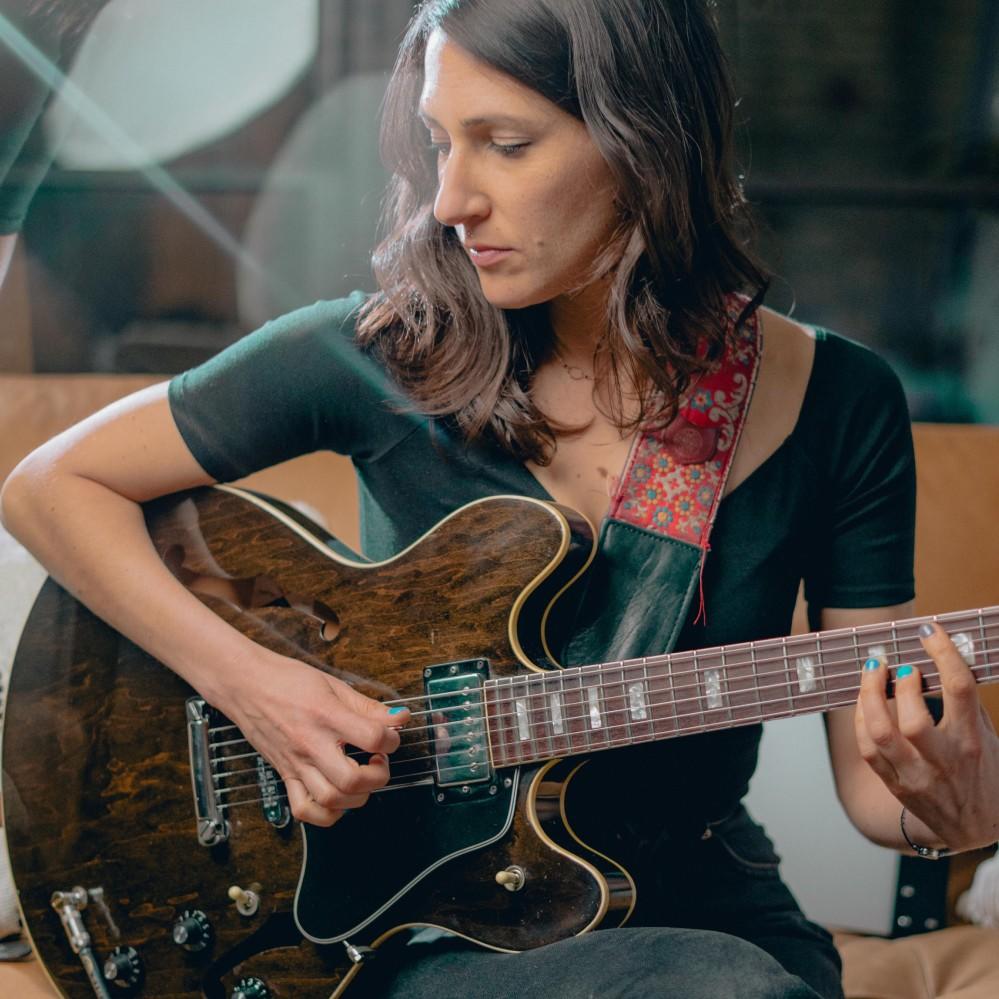 Part I. How to See the Fretboard in Numbers

First, Molly will walk you through how to map out your fretboard using a combination of the CAGED and numbers systems. 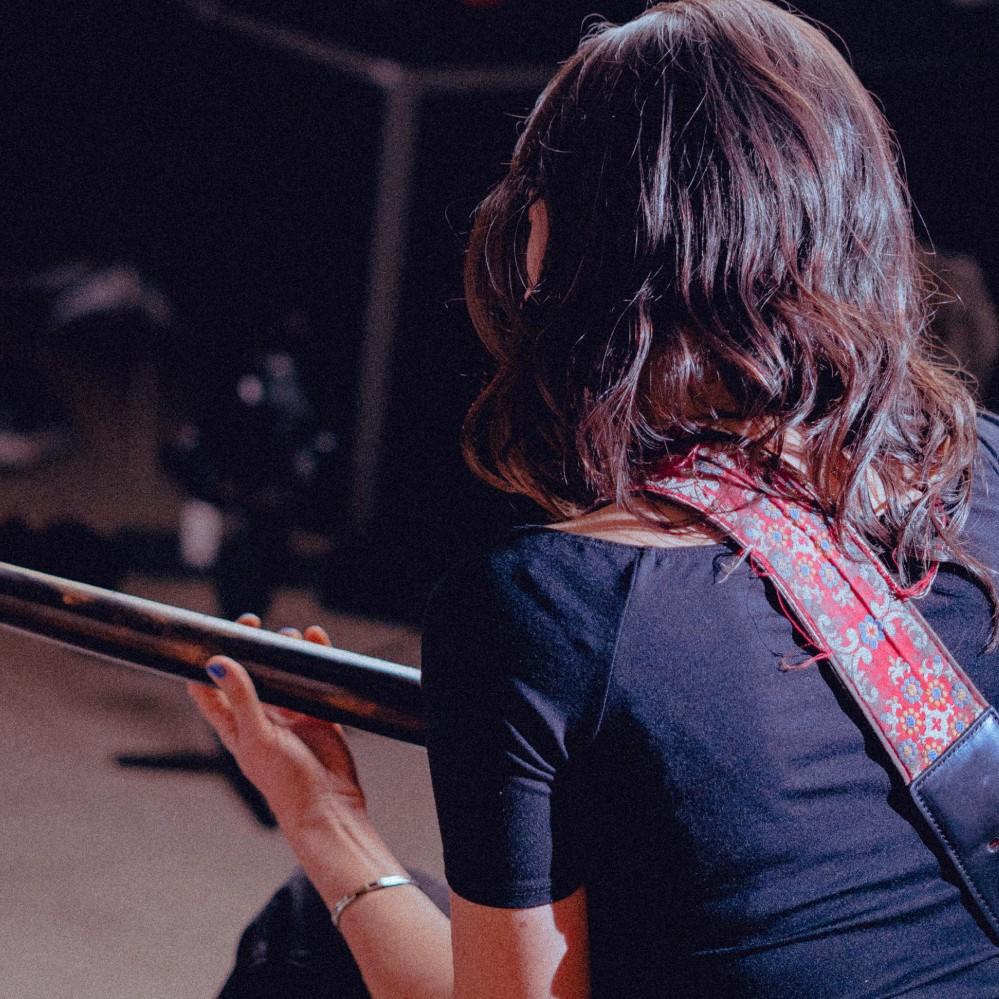 Part II. Triads: The Building Blocks of Everything

Buiding on Part I, these next six lessons will teach you how to play major and minor triads across all string sets. 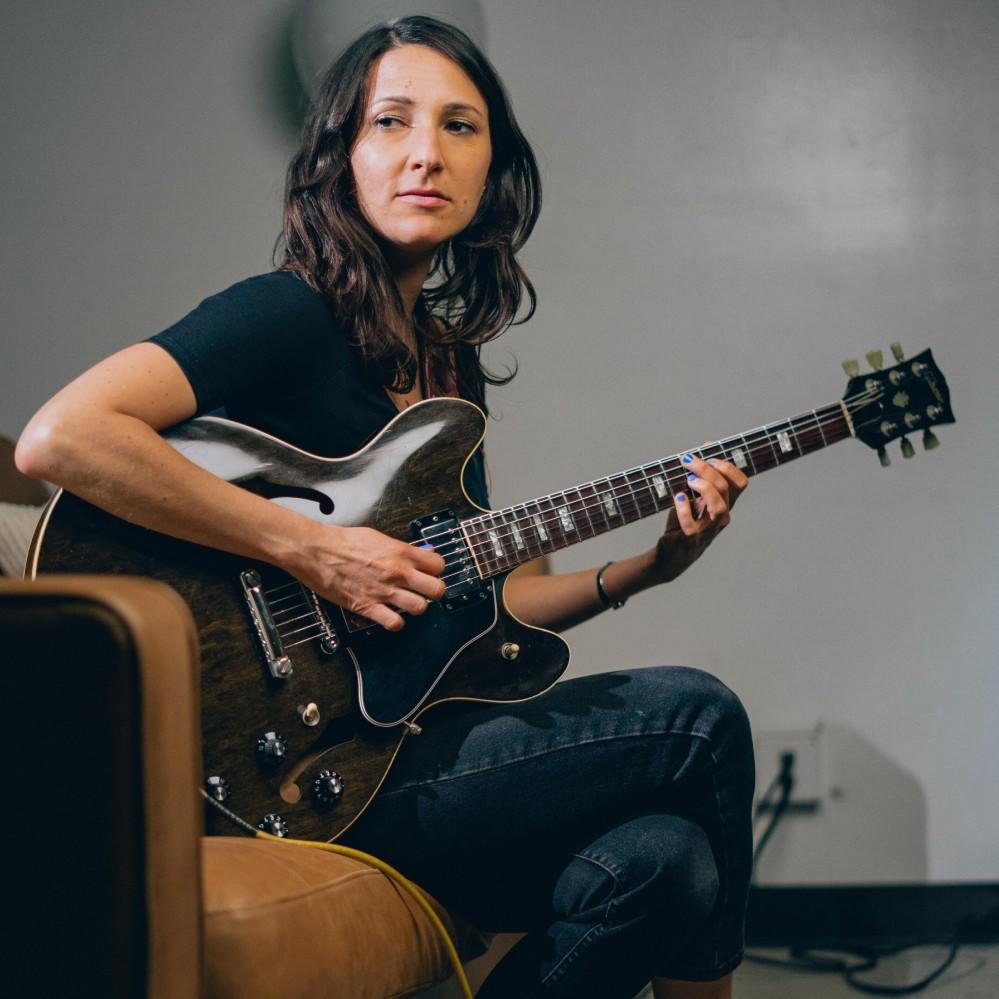 Here, you’ll start to put things into a musical context by learning how to combine triads to play common chord progressions. 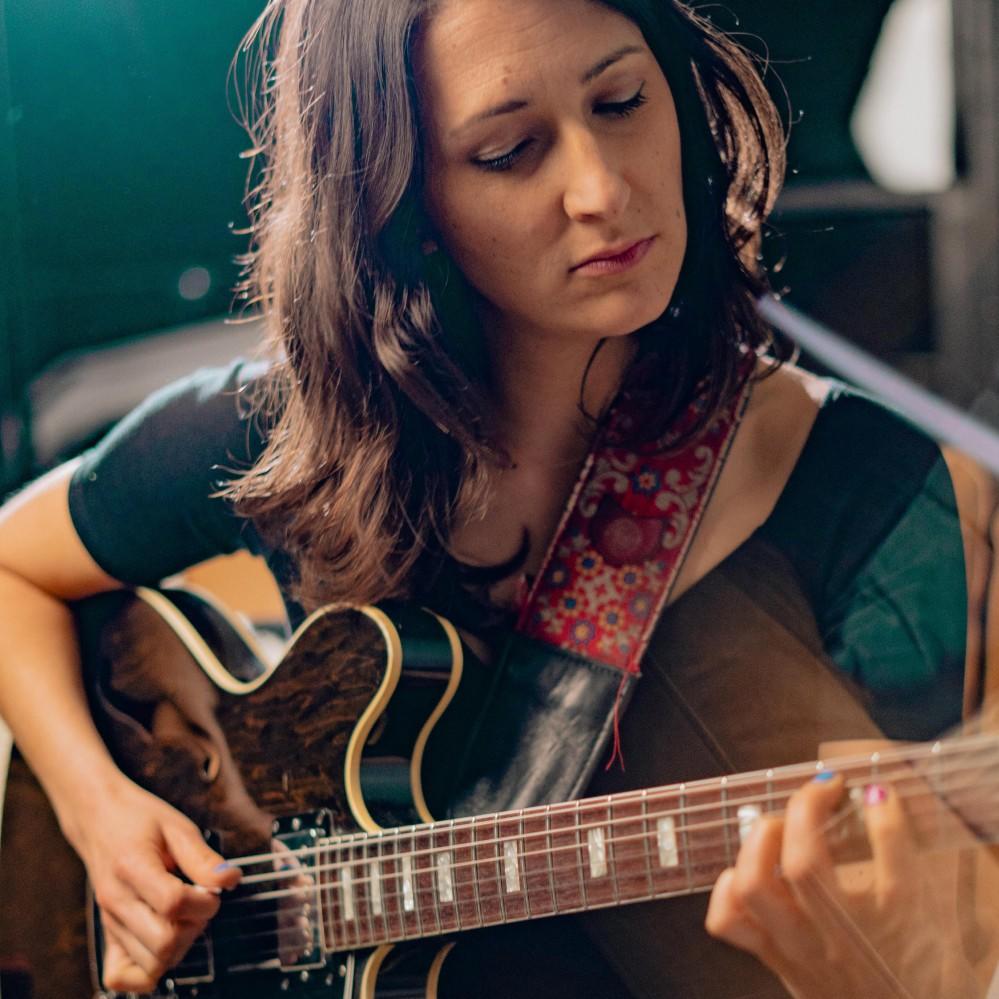 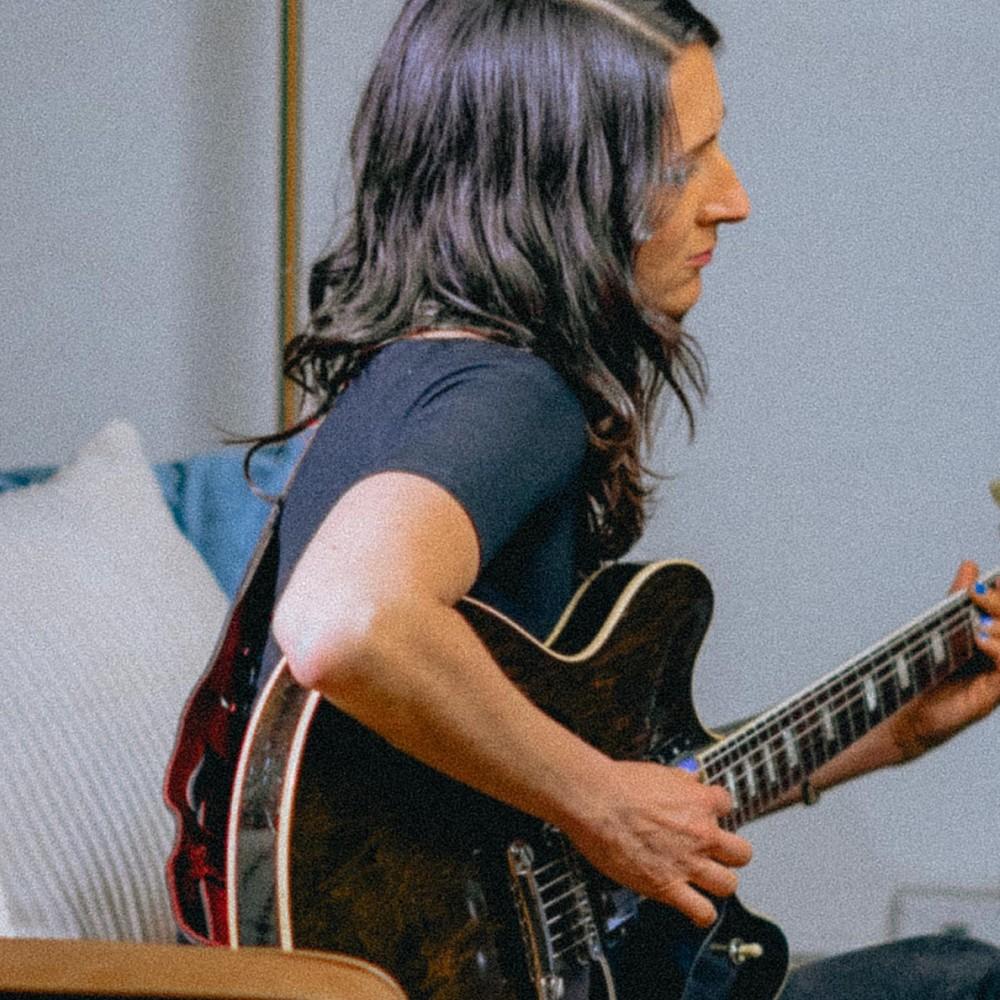 Finally, you'll wrap up the class by learning three original tunes by Molly that incorporate everything you've learned.

Hear why students love this class

This class helped in providing a structured framework for understanding the fretboard with an easy process for fretboard memorization. Since I had previously spent time understanding the energy of the numbers system, it was of a lot more help than if it were explained using note names.

This class does 2 things. One, it makes you more aware of all the notes on the fretboard up and down the neck, and, two, you can use those chord shapes to play lead or melody against the chords. I have found I am playing more to the chord now maybe as much or more than to any scale pattern.

"This Master Class has been eye-opening on many levels. This is legit the most straightforward and effortless way to map out every note on the fretboard. Thanks a lot!"

Join thousands of students around the world

Learn at your own pace

Learn through a step-by-step curriculum

This class is best suited for intermediate guitarists. The curriculum was crafted by our team of PhD-level and pro touring musicians to give you the best possible pathway for becoming a better guitarist.

Part I. How to See the Fretboard in Numbers

To kick off the class, you'll start by breaking up the fretboard into zones with the CAGED system. Then, you'll learn how to use the numbers system in combination with CAGED shapes.

The CAGED system is a method of mapping out your fretboard. Molly will introduce you to the system and cover why it's important to learn it, how to think about it, and how to learn it.

Then, say hi to your new best pal, the Circle of 5ths! It might sound complex, but the Circle of 5ths is a simple and useful concept. It primarily shows the relationship between the 12 notes of the chromatic scale and their corresponding key signatures.

Next, Molly expands the lessons with thinking in numbers rather than note names - another key to unlocking your fretboard. After applying the numbers system to CAGED shapes, she treats you to a short interlude that shares insight on developing effective practice habits.

Part II. Triads: The Building Blocks of Everything

This section builds on the CAGED and numbers systems from Part I. It consists of six lessons that will teach you how to play major and minor triads across all string sets. Triads are applicable to every genre of music and learning them is a great pathway to breaking out of the box. Molly breaks down string sets, basic triads, inversions, and more.

Guitarists tend to play in block chords that don’t always connect. Therefore, this section is all about voice leading - your musical glue. It's an essential skill for guitarists to master that's widely used by pianists and orchestrators.

For each progression, Molly plays simple and complex versions, then explains key concepts that you can use to write guitar parts. Even for simple progressions, Molly demonstrates how there are diverse ways to play the same chords.

There are endless opportunities as to how you can use triads and your newfound knowledge of the fretboard. The great thing about this approach is that it works for both chordal and lead playing in any genre.

Finally, Molly wraps up with some ideas to explore now that you've learned her proven methods.

Wrap up everything you've learned in the class with three original songs (called SongSquads) by Molly.

For each song, there's interactive TAB and a breakdown lesson video. 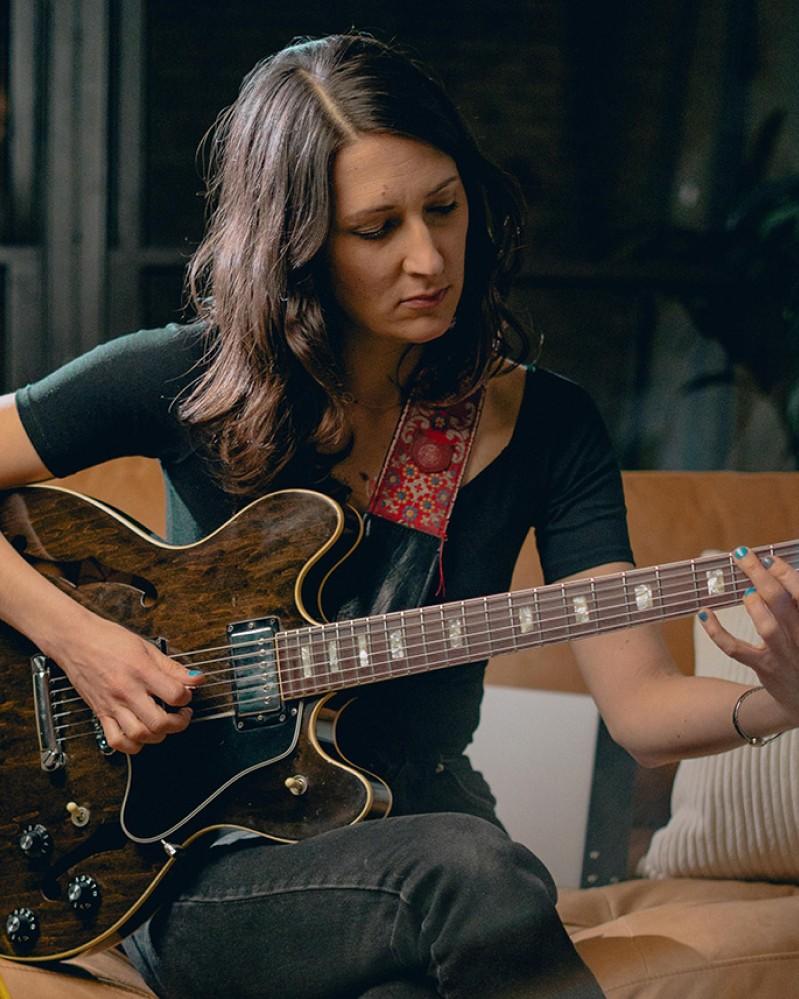 Dr. Molly Miller graduated with a Doctorate in Guitar Performance from the University of Southern California’s Thornton School of Music and currently leads the guitar department at Los Angeles College of Music.

As a professional guitarist, Molly's resume is staggering. She has performed, toured, and recorded with the likes of Jason Mraz, Black Eyed Peas, Donna Missal, Morgxn, and Kenton Chen. She has also performed at legendary venues like the Hollywood Bowl, Royal Albert Hall, Coachella, Red Rocks Amphitheatre, and Walt Disney Concert Hall.

She also plays in the house band on The Bachelor’s newest ABC primetime show, Listen To Your Heart. When she isn’t on tour, running a collegiate guitar department, or creating in the studio, she fronts her own band, Molly Miller Trio, which has been featured on NPR’s Fresh Air.

What’s in every Pickup Music membership?

Still got questions? WE GOT answers

If your questions aren’t answered below, you can chat with us.

What is included in my Pickup Music membership?

You’ll have unlimited access to every lesson on Pickup Music as long as your membership is active. That means every Master Class, every SongSquad, every Lick Package... we could go on but you get the idea. It's an all-inclusive membership.

What makes Pickup Music better than other guitar lesson sites?

What are the differences between a monthly and annual membership?

With the monthly membership, you pay month to month. It's a subscription, so we bill you each month until you cancel (which is very easy to do - no tricks).

With the annual membership, we bill you once a year, and you save 16% as a result. Also, annual members get to enter and vote in our Emerging Artist Fund, which spotlights a talented rising artist with features, a free guitar, and a cash artist grant. As an annual member, you'll be able to choose the winner from a shortlist of finalists.

How long are the lessons? How long will it take me to complete them?

It depends on the class. Our Master Classes are split over multiple lessons, which add up to around 2 to 4 hours per class.

However, you shouldn’t go through the entire class in one sitting. Each class is broken up into short, digestible modules focused on one topic. We encourage you to complete the exercises for each lesson video before moving onto the next one because each lesson typically builds on the previous one.

In general, we encourage our members to complete Master Classes from start to finish. However, if you know exactly what you want to learn, you can jump ahead as you please.

Our SongSquads, Licks Packages, and 5-Minute Lessons are shorter, usually 2-8 minutes each.

We recommend building the exercises you learn into your daily practice schedule. The best way to improve as a guitarist is through a consistent practice schedule rather than sporadic, longer practice sessions. Learning guitar is a life-long journey!

Do I have to complete the lessons within a specific time frame?

Nope! You have unlimited access to all lessons as long as your membership is active. You can take the classes whenever you like and complete them at your own pace.

Is there a limit to how many times I can watch a lesson?

No, you can watch a lesson as many times as you want while your membership is active.

Can I buy lessons individually?

At this time, we don’t sell lessons individually. However, the good news is that all of our lessons are available for a reasonable price through the membership. If you’re only interested in one lesson, you could purchase a monthly membership and cancel when you’ve finished it – we have a hunch you’ll want to stick around though :)

Can I cancel my membership?

You can cancel at any time (although we'd be sad to see you go). Canceling is easy, no tricks.

You won't be charged anything if you cancel during your 14-day free trial.

If you cancel after that, you won't be billed again at your next billing cycle. Your membership will remain active until it expires on the day it was originally set to renew.

Once your membership expires, you will no longer have access to the classes that you were enrolled in during your time as a member, but you can easily restart your membership at any time. Just log in to your account and renew a monthly or annual membership.

More questions? See our General FAQ or chat with us in the pop-up.

Choose a plan that's right for you

Learn now
Step up your improv skills with this intensive introduction to the seven modes of the major scale. Intermediate | Theory, Jazz | 9 Lessons

Learn now
Learn the basics of guitar with essential chords, techniques, and so much more. Absolute beginner | Pop, Theory | 40 Lessons

Learn now
Get the fundamentals of funk under your fingers with 7 days of focused instruction to give your playing a fresh injection of groove. Advanced | Funk, Pop | 12 Lessons

Learn now
Learn to improvise blazing-fast bebop lines. Inspired by the ornate vocabulary of jazz greats like Charlie Parker and Wes Montgomery, Cecil will walk you through his methodical approach to the mechanics of bebop scales and logic-based chromaticism. Advanced | Jazz | 33 Lessons

How to Break Out of the Box

Master Class
How to Break Out of the Box

Learn now
Gain fretboard freedom and learn how to express yourself on the guitar in any key. Intermediate | Jazz, Theory | 34 Lessons 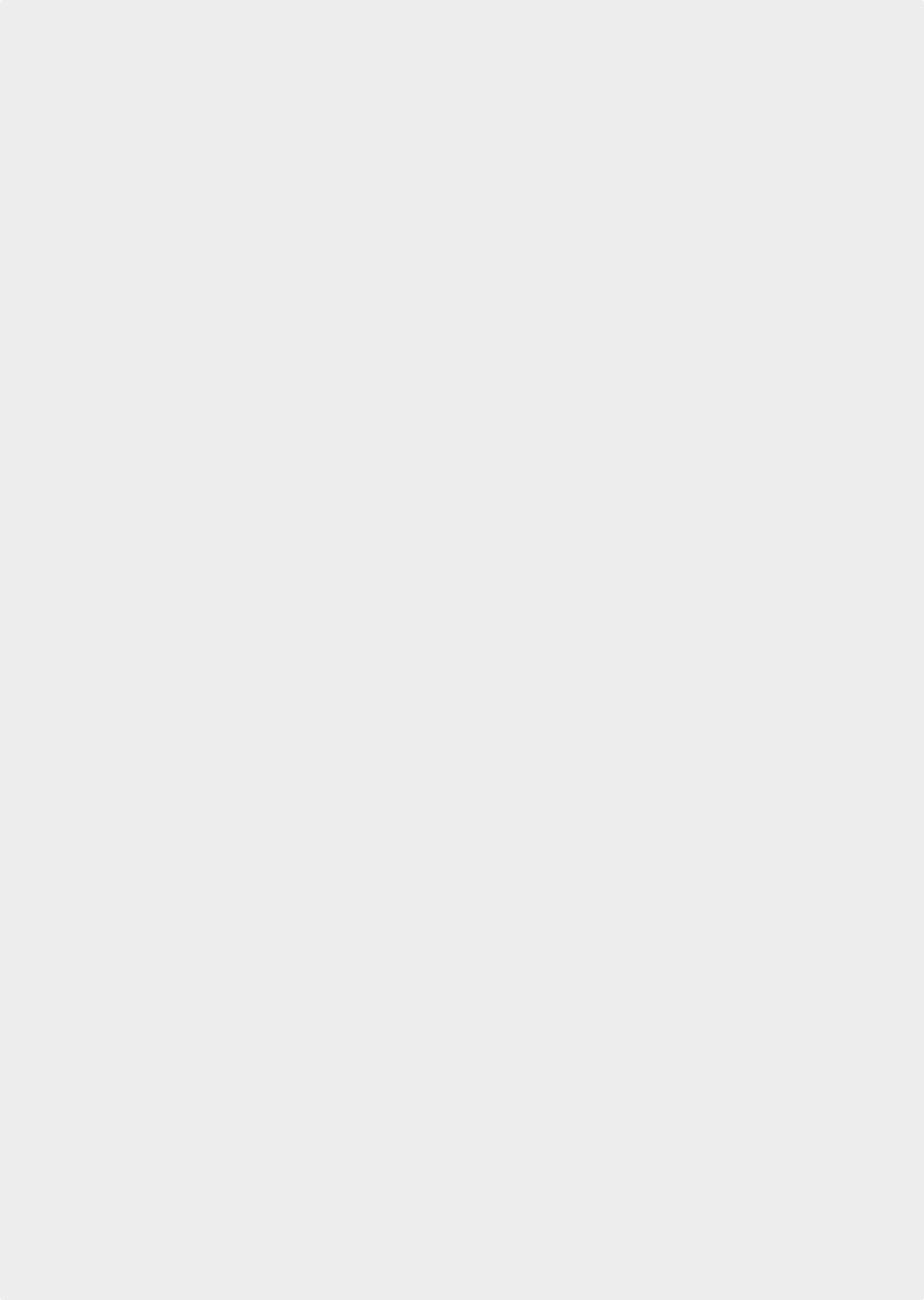